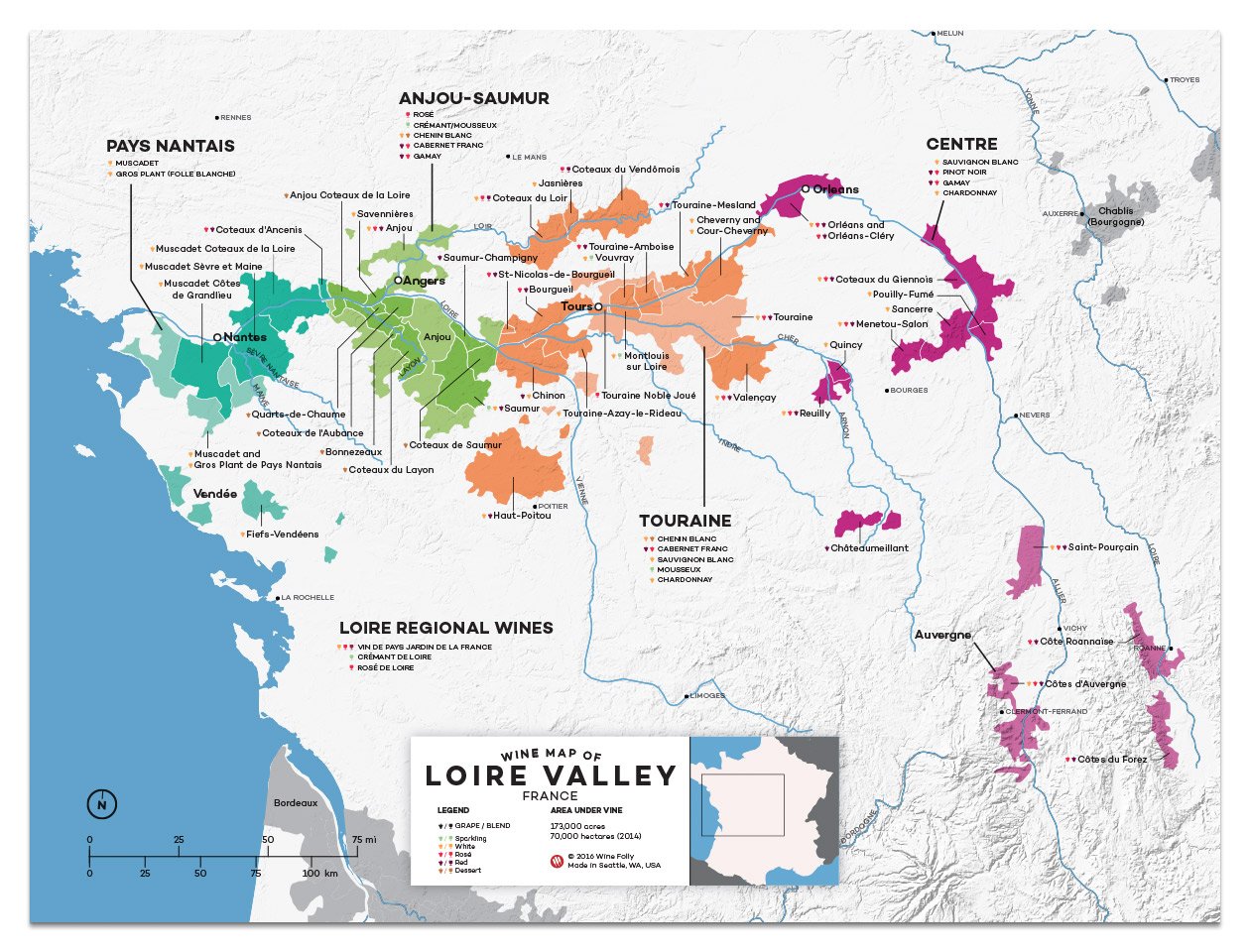 ‘Clos de la Coulée de Serrant’ is a powerful, dry Chenin Blanc from the top vineyard within the appellation of Saveniérres, not far from Curnonsky’s Angers birthplace in the Loire Valley. A singular wine that stands in stark contrast to the plethora of sweet styles made in the region, ‘Clos de la Coulée de Serrant’ is owned by leading biodynamics evangelist and ex-J.P. Morgan banker Nicolas Joly, and varies considerably between vintages. Today, Joly’s daughter Virginie runs the estate.

The 1990 has a bouquet of wet wool, lanolin and apple with intense minerality and cut. Very long finish.

Chåteau-Chalon is the Jura in Eastern France’s most prestigious appellation, and Domainé Made its premier producer. Tasting like an unfortified alpine Sherry, the ageworthy Chåteau-Chalon is a‘yellow wine’ made from 100% Savagnin not to be confused with Sauvignon Blanc), aged under a ‘veil’ of yeast cells in old oak barrels for a minimum of six years and three months before being bottled into 62cl clavelln bottles. Great vintages can evolve beautifully for decades although they are very hard to source. The 2007 is absolutely classic – rich, complex, intense and very long. Highly recommended, and can be bought from Vivino.

Montrachet is the ultimate expression of Chardonnay.

A visually unremarkable vineyard straddling the communes of Puligny-Montrachet and Chassagne-Montrachet, Montrachet produces Burgundy’s rarest and most expensive whites that should, according to Alexandre Dumas, be experienced “on bended knee, with head bared”. Many producers own small sections of Montrachet, so quality is variable. Comte Lafon, Ramonet and Domaine de la Romanée-Conti are among the finest examples, but at over £3000 for a vintage of the latter we plumped for a sensational 1992 Baron Thénard at a tenth of the price. Deep, rich and creamy, balanced with a gorgeous lemon-like when combined with the lobster, It was a true showstopper and Noble Rot’s wine of the lunch.

Chäteau-Griilet is both the monopole appellation and name of the producer, löcäted ip the’Northern Rhone Valley Often mistakenly referred tp as France’s Smallest appellation (several Cote de Nujts Grand Cnis are smaller), Chäteau- Grillet and its neighbouring appellation of Condrieu are famed for producing rich, voluptuous whites made from 100% Viognier, which one writer evocatively compared to “a sweet apricot tart with a great dollop of créme fratche on top”.

Unlike Condrieu, which should be enjoyed young, good vintages of Chåteau-Grillet can evolve well – although trying to find them for sale is very hard indeed. This 1990 is still very youthful, full of minerality and life. Hints of citrus meld with savoury notes; an understated Viognier with great clarity and unusually good acidity.

The article is written for Valdemar with offices international and in Gothenburg, Sweden.